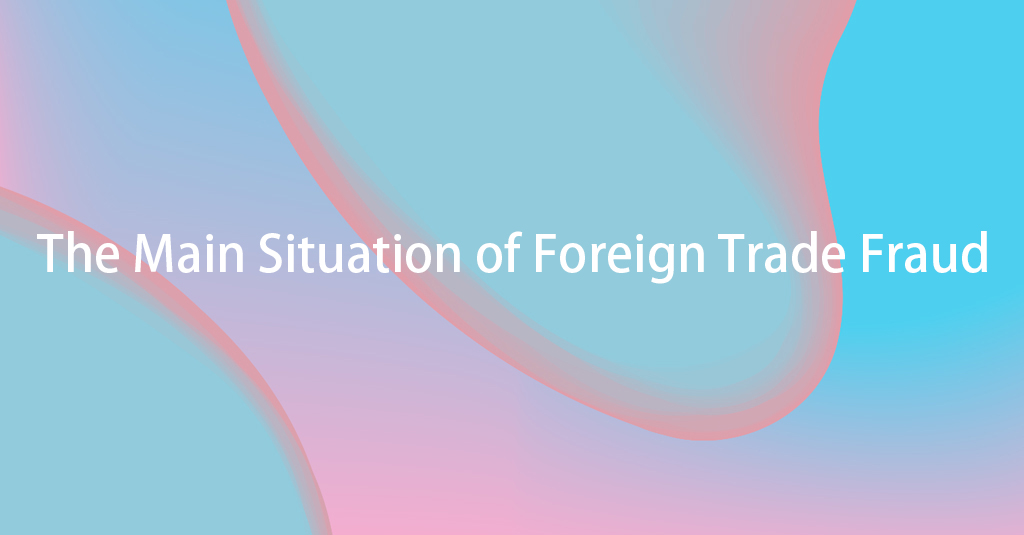 It is often said that there are frauds in the foreign trade industry, and people are often deceived. This sounds sensational. Can you give me a brief introduction to foreign trade related frauds?

There are frauds in any industry. The foreign trade industry is no exception, and many frauds are masters. Therefore, it is necessary to have a sense of prevention when doing foreign trade and know some typical tricks. After all, once you get into a fraud, there will be varying degrees of loss no matter how hard you try.

It is the most clumsy way, but it is still said to be used now. The fraud sends an email in the name of the child or widow of the former head of state of a coup. It says that his family was killed in a coup, and he has a large sum of money that needs to be withdrawn now. But he can’t take it in his name and needs to get it by transfer. If you can help, he can give you 70% or more of the total amount of money. If you reply to the email, he will tell you how to do it.

Then, on your bank account, you will have tens of thousands or more dollars in the amount of outstanding check. So you feel that you really get the money. And you pay 20% of the amount received according to his request. But note that you are not receiving a foreign exchange, but the outstanding check. As long as he cancels it, the transaction will be invalid, and the money on your account will go. Although this fraud is nothing new, a partner of my American client has lost tens of thousands of dollars. There is no pie coming from heaven. No one will give you money for no reason.

A fraud was popular in the past few years. Some factories received inquiries from so-called foreign company offices with a huge number. After your offer, they would not bargain and invited you to Shenzhen or Hainan to meet their company’s purchasing boss. At the destination, the liar would help you book the hotel. Then they also implied that they were ready to give you an order, the price could be 10% higher. But you needed to give half of the extra 10% of the profits to their leaders as kickbacks.

You wanted a big order. So, you treated them with hospitality and gave them cash, wine to build a good relationship. When you found that something was wrong, the money had already been sent out. All of them disappeared, the phone couldn’t get through, and the so-called company didn’t exist. Therefore, if the inquiring person does not care about your quotation, the quality of the goods, the delivery date, the company’s qualifications, etc., and even implies that your price is not high, you should be careful. Maybe there is a pitfall waiting for you.

A situation often heard in international trade is that frauds usually set up a paper company or even a fictional company to sign several small order contracts to purchase from you. At first, they will pay in strict accordance with the agreement. When you relax the alertness, they pay a small deposit to take away the bulk of goods and disappear. Such a fraud sometimes take several months from start to finish. And it happens from domestic to foreign. There are also many cases of collusion at home and abroad.

In addition, we must pay attention to the safety of foreign exchange collection. There are two situations in which the problem of collecting foreign exchange can be falsified. First, through the check to the account, there will be foreign exchange into the company’s bank account. But after a few days, the liar cancels the check, and the money goes away. Frauds can do a lot of bad things by this time difference. The second is the fake bank slip, especially from some African businessmen. The bank slip is faxed to you at the beginning, and the money will usually come to your bank account in two days. Then, you sent B/L or surrendered B/L. In the end, the client gave you the bank slip, but it was just a remittance application. In some cases, payments can be canceled. And many documents faxed can be faked. Therefore, you must confirm with the bank whether the foreign exchange actually arrives.

L/C, which is more reliable, will also encounter some fraud.